Ravello, the city of music

Agerola, a Heaven of Trekking

Ravello, the city of music 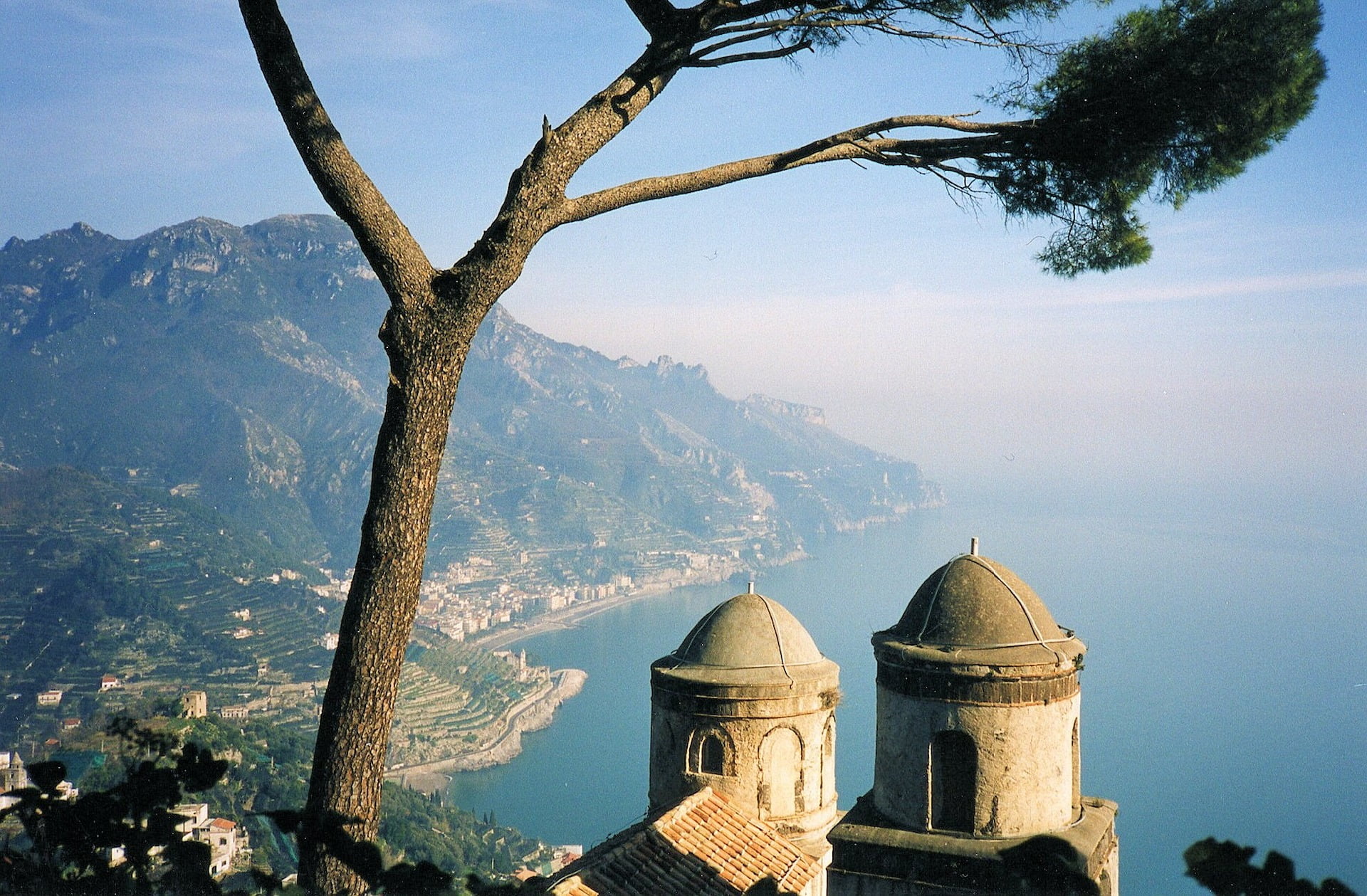 Ravello is a beautiful small town located above Amalfi. Many tourists and celebrities are coming to Ravello every year. The greatest names in literature, music, movies, characters of economics, finance, and politics have visited Ravello at least once. Although this little town is not by the sea, it rather overlooks it.

Indeed, it stands on a 315 meters high cliff with a direct view over Maiori and Minori. In turn, behind Ravello stand the Scala Mountains, excellent for walking and trekking. The beach of Ravello is located in the hamlet of Castiglione. This is one of the largest beaches on the Amalfi Coast, 100 meters long and nearly 30 meters wide.

Contents hide
1 History of Ravello
2 Ravello Landscape
3 Ravello Music Festival
4 What to do in Ravello
5 What to see in Ravello
5.1 Villa Rufolo
5.2 Villa Cimbrone

In ancient times, Ravello was a refuge for people fleeing the coast from pirates and enemies’ raids. Even before the year 1000, the inhabitants were famous producers and weavers of wool, with important trade relations with Byzantium. In the 9th century, the town was the flagship of the Maritime Republic of Amalfi. In the 12th century, it peaked its fortune with a population of over 25 000 inhabitants.

However, Ravello began to decline at the same time, as it was sacked and destroyed by the Pisans. It took several centuries before Ravello had recovered from the disaster, but by the end of 1800, it’s on everyone’s lips again. Nowadays, Ravello is synonymous for an “exquisite and glamorous location.”

The surrounding landscape boasts a unique, pristine beauty and outstanding views. Ravello is also known for its narrow streets, charming squares, and great atmosphere. Between Piazza Duomo and Viale Richard Wagner, there are clubs and pubs, pizzerias and restaurants, antique shops, boutiques, and delicatessens. In the summer evenings, those same streets turn into stages for music bands playing jazz, folk, rock, and classical music.

But Ravello is not “open” only in summer. A witness is provided by American writer Gore Vidal, who answered the question “what’s the most beautiful place you have ever seen” with: “The view from Villa Cimbrone’s Belvedere, on a bright winter day.” During Christmas and New Year, the town is famous for its market stalls and outdoor discos where people warm up by dancing.

The nickname “City of Music” is mainly related to the Ravello Festival, one of the most important cultural and social events on the Amalfi Coast. Every year, music lovers and musicians come to this corner of paradise to celebrate the rite of outdoor concerts. The Belvedere of Villa Rufolo, with its 800 seats, is the heart of the Festival, but also other villas and gardens, in small and evocative locations, become stages for classical music.

The idea of the music festival came up around the 1930s, yet since 1880 Ravello’s fate of becoming a “City of Music” was already affirmed. During those years, Richard Wagner stayed in the town, and the gardens of Villa Rufolo inspired his work, Parsifal. Therefore, the Ravello Festival comes under the great German composer’s patronage, and many musical moments are dedicated to him.

During this time, the festival has become a top event in the world art scene. The venues that host the events, Villa Rufolo, the gardens of Hotel Caruso, Hotel Palumbo and Hotel Giordano, the terraces of Villa Cimbrone and Villa Eva, the halls of the auditorium Oscar Niemeyer, have hosted symphony orchestras led by renowned conductors, as well as exceptional soloists, famous composers, dancers and choreographers, actors and directors of international renown. Ravello Festival has thus become a multidisciplinary and multicultural appointment, as well as a worldwide known festival of music.

What to do in Ravello

The first thing you should do once you arrived in Ravello is to walk around the town. The natural light reflected by the houses, the narrow streets of the historical center, and the spectacular views are unique in Ravello. The proof of that is the sketches of Ravello’s landscapes by English painter William Turner displayed at the Tate Gallery in London. Another cool thing to do in Ravello is to take part in the town’s social life and nightlife, which reach their peak between June and October. The bars, clubs, restaurants in Ravello are places of pleasure, where you can have so much have fun, chat, watch, and be watched. Shopping in Ravello is a must, among antique shops and sea-fashion boutiques.

Woods, mountains, and beautiful nature surround Ravello. At the Proloco tourist office, located in Via Roma 18, you can find brochures with walking and hiking trails. Many nature walks branch out directly from Piazza del Municipio. If you walk through narrow cobbled streets, you will arrive in the woods and reach places with breathtaking views. Do not miss the walk through the staircases, ancient medieval ruins, citrus groves, and lemon trees leading to the sea.

What to see in Ravello

This town on the Amalfi Coast has a rich historical and cultural value. The Duomo of Ravello was founded in 1086, has a bronze door made in Constantinople, and is dedicated to St. Pantaleone. The cathedral hosts the Museo del Duomo, with Roman objects, sculptures, and sarcophagi.

Other holy places to visit are the Church of San Giovanni del Toro, dating back to 1000. It has beautiful treasures arcades with mosaics. Furthermore, you can visit the Church of Santa Maria a Gradillo from the 11th century, and the Church of the Annunciation, now used for the European University for Cultural Heritage meetings, which is based in Villa Rufolo.

Villa Rufolo is a historic building dating back to the 12th century but extensively renovated in the mid 19th century. It is famous for its cloisters and terraces overlooking the Amalfi Coast. Inside the villa, there are works of art, furniture, and furnishings of inestimable value. The structure of the building, so harmonious and decorative, earned it the nickname of little Alhambra.

Villa Cimbrone is another marvelous villa in Ravello. It was renovated in the early 1900 and today is a hotel with a beautiful garden open to the public. There are Gothic and neoclassical architectural elements on the alleys that surround it, immersed in gardens of valuable and colorful plant species. The way leading to the Terrace of Infinity is a lovely place to stroll in hot summer and very attractive in winter afternoons.

Do not miss the Museum of Coral in Piazza Duomo, built-in 1986 by Giorgio Filocamo, heir of fishermen and craftsmen of animal origin’s precious material. It is a hidden place where are kept more than 600 works of art of extraordinary craftsmanship.

Have a nice time in Ravello!